One thing you can say for paying in advance: it's motivating. Given than Lauren and I were up until 1:00 and then up again quite a few times with our little one, getting up and driving to "Breakfast with Santa" was not high on our priority list when we woke up--late--at 7:00 this morning. But we'd paid for this thing, so we got our butts--and our daughters' little butts--in gear to make the trek up to South Bend's Fiddler's Hearth.

With the tables all full, we "got to" sit at the bar. 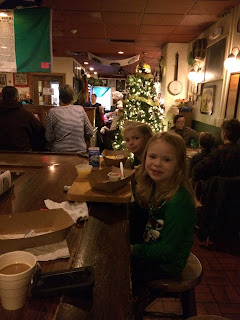 You can kind of see it in the picture, but they brought out special pieces of wood to sit on the edge of the bar and give the girls a level eating surface closer to their little gobs. Also, you can play Where's Waldo? with Santa in this photo.

You had two options with breakfast: take it or leave it. They gave everyone some scrambled eggs, a couple sausage links, and some French toast sticks. Kids could choose OJ or milk, adults could and did choose coffee. I guess the kids could have chosen coffee too, but they were comparatively well rested. 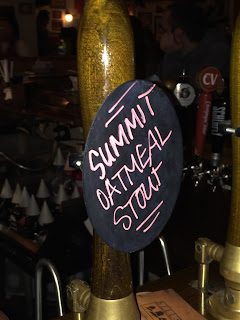 If it has "oatmeal" in the name, it's a suitable breakfast food, right?

Fortified with a hearty Irish-ish breakfast, the girls went and sat on Santa's lap. 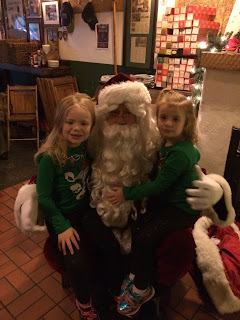 A little overawed, Y couldn't remember what she wanted to ask for (so she'll get nothing. Nothing, I say!). 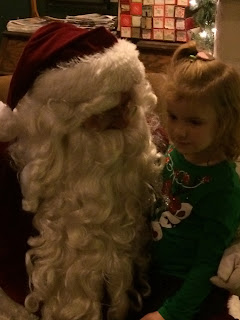 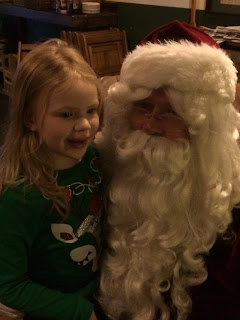 We have a tradition of pictures of our children brought to tears by Santa Claus. The tradition is alive and well: 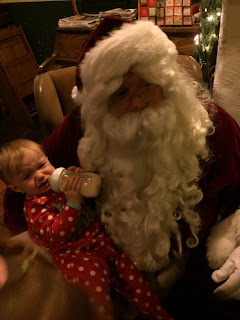 They did reach a milk-mediated truce, however uneasy: 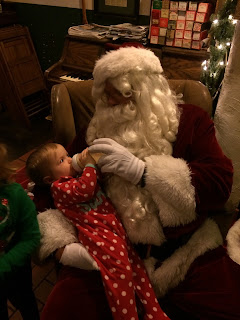 But we did manage to get all the girls in for one picture. 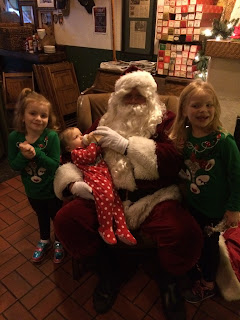 Someone's still not trusting this dude. 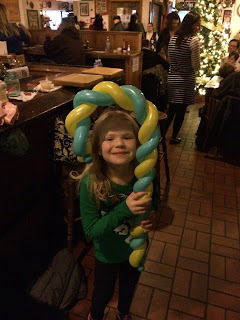 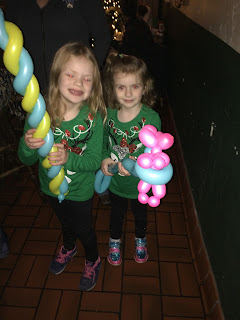 I mean, what would breakfast with Santa be without a ridiculously large candy cane and a poodle on a balloon leash?