For my wife's family, rather than everyone getting everyone presents, we have a gift exchange. We all send a list of things we'd like. I listed a whole bunch of things that were well under the cost limit--it's nice to get a bunch of stuff, you know?

When it came to it, I pretty much forgot what I'd asked for. There was a cylindrical-ish package and I was like "oh, it's that wine I asked for." Even though it clearly wasn't heavy enough to be a bottle of wine, I shook it to see if it would slosh.

It did not, because it was this: 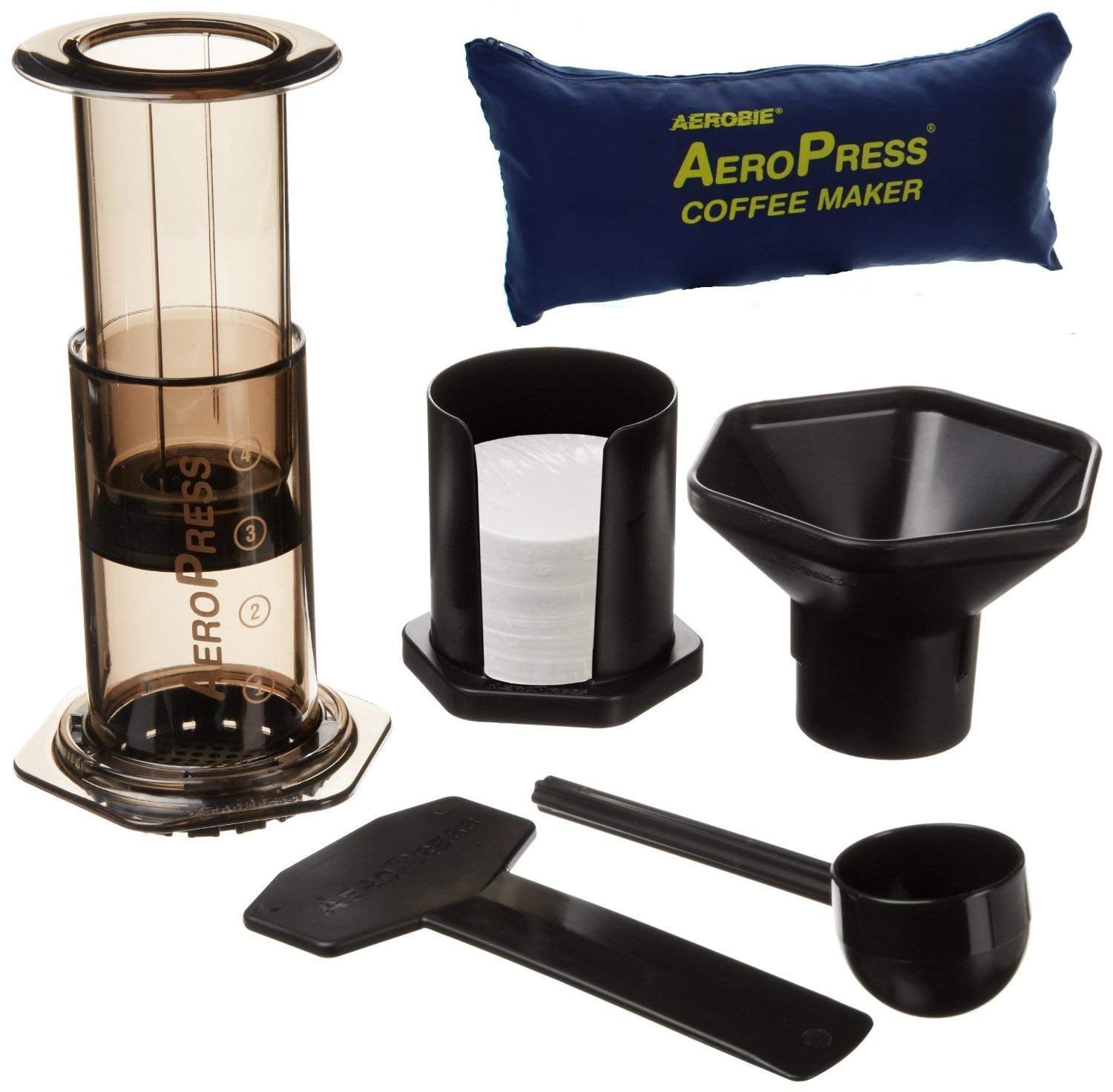 The Aeropress coffee maker. I'd had my eye on this thing for, geez, probably a decade now, and even though it isn't that expensive, I'd never purchased one. I mean, the coffee I made in my French Press was pretty good (until I neglected to clean it and the mesh thing got moldy); the coffee I made in my coffee drip cone (bought for camping) was absolutely adequate. There was a lot of hype around the Aeropress, but I'm not exactly a coffee snob. I like what I like, and that covers a wide range of coffees that absolutely include "whatever's free at work."

That said, this really does make excellent coffee. My only complaint is that it doesn't make more at one time. It seems completely inconceivable that filling it with water up to the "2" marking is a cup. I fill it up to "4" and that still doesn't fill up either my Contigo travel mug or my larger Yeti travel mug. both of which just seem like a normal serving. So it's also "amazing" in the sense of being amazingly small. But whatever.

Maybe I drink "too much" coffee though. Whatever that might mean.
Posted by Sherck at 9:54 PM